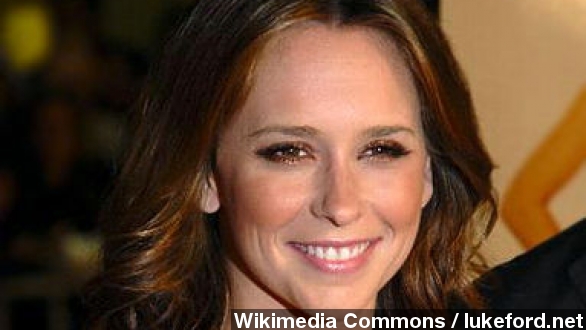 Jennifer Love Hewitt is a new mom and a newlywed.

Jennifer Love Hewitt is a new mom — and that wasn't the only surprise the actress revealed Tuesday.

Us Weekly reports Hewitt gave birth to her first child, a baby girl, on Tuesday.

Yep, you heard right — on top of welcoming a new baby, Hewitt and Hallisay ALSO apparently got hitched in a secret ceremony. (Via E!)

When the happy couple tied the knot is unclear, but a spokesperson for Hewitt confirms the couple quote "got married recently in private."

Hewitt and Hallisay announced they were engaged back in June, just one day after they announced her pregnancy. (Via People)

The actress said they planned on waiting to get married until after the baby was born — but it looks like there was a change of plans.

Hewitt and Hallisay have been together since 2012 when they met on the recently canceled drama "The Client List," in which Hallisay played Hewitt's husband. (Via Lifetime / "The Client List")