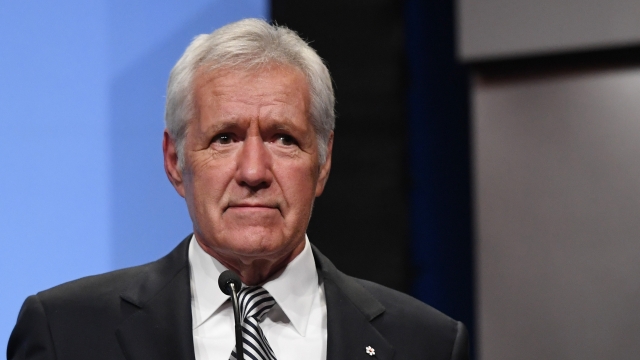 Trebek has won five Daytime Emmy awards and a lifetime achievement award after hosting the game show for more than three decades.

Trebek said: "This week I was diagnosed with stage 4 pancreatic cancer. Now, normally the prognosis for this is not very encouraging, but I'm going to fight this and I'm going to keep working and with the love and support of my family and friends, and with the help of your prayers also, I plan to beat the low survival rate statistics for this disease."

Trebek has hosted "Jeopardy" since 1984, and set a Guinness World Record in 2014 for "most game show episodes hosted by the same presenter." He's won five Daytime Emmy awards for Outstanding Game Show host, and was named an officer of the Order of Canada, the highest achievable civilian merit in the country.

Despite the diagnosis, Trebek said he will continue to host the popular game show for the time being.

"Truth told, I have to because under the terms of my contract, I have to host 'Jeopardy!' for three more years. So help me – keep the faith and we’ll win. We’ll get it done. Thank you," Trebek said.