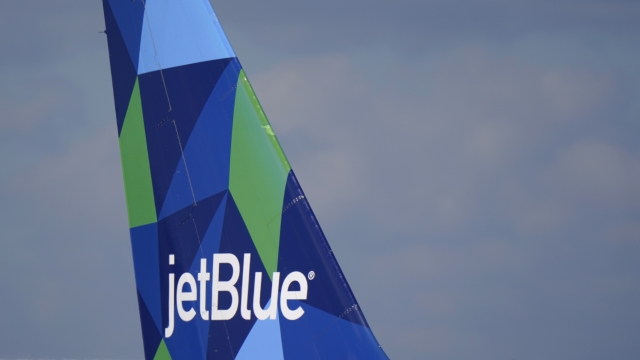 The deal comes a day after Spirit and Frontier Airlines agreed to abandon their merger proposal.

JetBlue has agreed to buy Spirit Airlines for $3.8 billion in a deal that would create the nation's fifth-largest airline if approved by U.S. regulators.

The agreement Thursday comes a day after Spirit's attempt to merge with Frontier Airlines fell apart. Spirit had recommended its shareholders approve a lower offer from Frontier, saying that antitrust regulators are more likely to reject the bid from JetBlue.

JetBlue hopes that its most recent move will push Spirit's board to the negotiating table after the board rejected an earlier offer.

"This combination is an exciting opportunity to diversify and expand our network, add jobs and new possibilities for crewmembers, and expand our platform for profitable growth," JetBlue CEO Robin Hayes said in a statement.

The combined airline, which will be based in New York and led by Hayes, would have a fleet of 458 aircraft. The airlines will continue to operate independently until after the transaction closes.

JetBlue said Thursday that it would pay $33.50 per share in cash for Spirit, including a prepayment of $2.50 per share in cash payable once Spirit stockholders approve the transaction. There's also a ticking fee of 10 cents per month starting in January 2023 through closing.

News of the JetBlue and Spirit combination comes after weeks of Frontier and JetBlue tussling over who would ultimately get to add the budget airline to its arsenal. While Spirit initially struck a deal with Frontier and had stood by that proposed agreement, its shareholders were not on board. The decision by Spirit and Frontier to terminate their deal was announced Wednesday while Spirit shareholders were still voting on the proposal. It was apparent that despite the support of Spirit's board, shareholders were prepared to reject the deal and seek a richer one from JetBlue.

JetBlue anticipates $600 million to $700 million in annual savings once the transaction is complete. Annual revenue for the combined company is anticipated to be about $11.9 billion, based on 2019 revenues.

JetBlue and Spirit will continue to operate independently until after the transaction closes. Their respective loyalty programs remain unchanged and customer accounts will not be affected in any way.

The deal still needs the required regulatory approvals and approval from Spirit's stockholders. The companies expect to conclude the regulatory process and close the transaction no later than the first half of 2024.

Spirit's stock rose more than 4% before the market open, while shares of JetBlue were up slightly.