Jimmy Carter Hospitalized After Another Fall 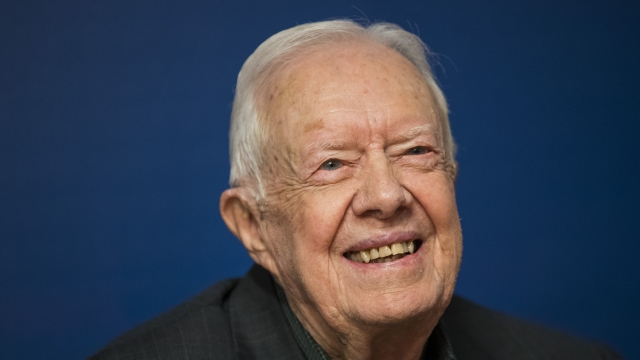 Carter suffered a pelvic fracture after falling at his home in Georgia.

Former President Jimmy Carter has been hospitalized after falling at his home in Georgia Monday evening. Carter suffered a minor pelvic fracture.

The Carter Center confirmed the accident in a short statement Tuesday. It said Carter was admitted to Phoebe Sumter Medical Center for observation and treatment after the fall. But the organization added Carter was in good spirits and looking forward to recovering at home.

This is the third time the 95-year-old has fallen this year. In May, he broke his hip as he was leaving to go turkey hunting. And another fall earlier this month left him with a black eye and 14 stitches.