Job Gains Continue To Fall Short Of Expectations In August 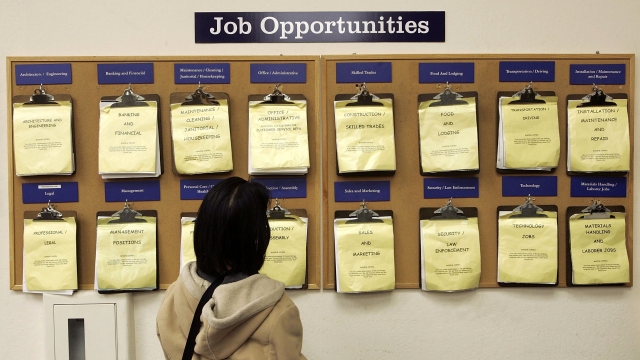 According to the government's latest numbers, businesses made 130,000 new hires last month.

August marked the 107th consecutive month of job gains in the U.S.

According to the government's latest numbers released Friday, businesses made 130,000 new hires last month. That number falls short of the 150,000 jobs Wall Street had been expecting.

August's unemployment rate remained steady at 3.7% for a third straight month. And labor force participation increased to just over 63%. That's the highest it's been in six years.

At least part of this has to do with the manufacturing sector taking a hit amid the ongoing trade war between the U.S. and China.

But analysts say there are some positive signs sprinkled throughout the government's report — including the fact that Americans are continuing to take home larger paychecks and that the length of the average workweek increased.