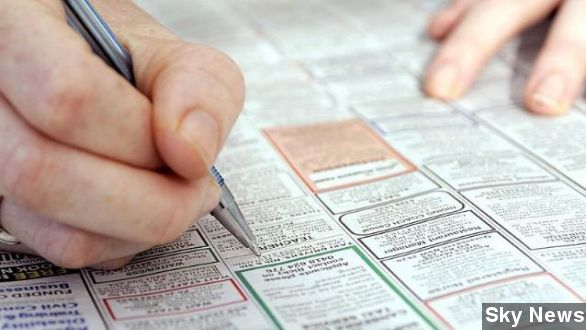 The stress caused by long-term unemployment may cause premature aging in men, according to new research.

Long-term unemployment may speed up the aging process in men, according to new research. Because being out of work wasn't stressful enough.

"The study found people out of work for more than two years have markers on their DNA linked to aging when compared to people of the same age with jobs." (Via KPRC)

​Researchers from London and Finland analyzed blood samples from 5,000 Finnish men and women over several decades, recording the length of each subject's telomeres — the cap-like structures on the tips of chromosomes that protect DNA. (Via Daily Mail)

Telomere shortening is only one of several parts in the aging process. Shortening has been linked to age-related diseases, such as heart disease, diabetes and cancer. It’s also been linked to depression. (Via ABC)

Men who had been out of work for a minimum of two years were more than twice as likely to have short telomeres than men who had been employed continuously. (Via NBC)

Researchers think its caused by the emotional and mental stress of long-term unemployment, which sped up their cellular aging and increased their risk of age-related diseases. (Via WTHR)

Just to be sure, researchers accounted for other biological and behavioral factors that could also shorten telomeres. (Via Sky News)

According to one of the researchers, "...unemployment itself appears to have a negative effect on health, even after accounting for the potential effects of smoking, physical-activity levels, weight, illness, education and marital status." (Via HealthDay)

Interestingly enough, this trend wasn't found among women. According to the study's authors, the women in the study were rarely unemployed for more than 500 days.