Jobs To Prevent Jihadis? A Look At Terrorism And Poverty 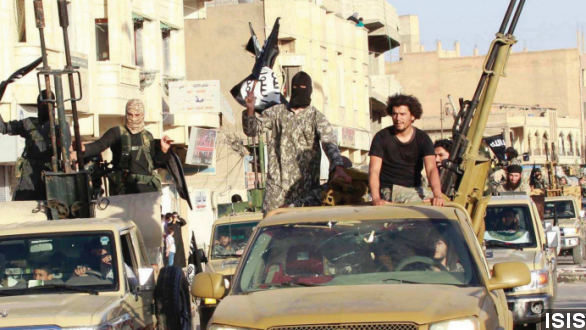 State Department spokesperson Marie Harf took some heat for suggesting a lack of economic opportunity is a root cause of terrorism. Is she right?

"There's always going to be poor Muslims. And as long as there are poor Muslims, the trumpet's blowing, they'll join. We can't stop that, can we?" said MSNBC host Chris Matthews.

"We can work with countries around the world to help improve their governance; we can help them build their economies so they can have job opportunities for these people," U.S. State Department spokesperson Marie Harf said on MSNBC.

"This is absolute insanity. We are at war with ISIS. You don't win a war by a jobs program or by giving out more welfare," U.S. Rep. Peter King told WCBS.

The debate isn't a new one. Since 9/11, policymakers have argued reducing poverty is one way to prevent future terrorist attacks.

"We will challenge the poverty and hopelessness and lack of education and failed governments that too often allow conditions that terrorists can seize and try to turn to their advantage," former President George W. Bush said at the International Conference on Financing for Development. (Video via C-SPAN)

But contrary to conventional wisdom, most of the research on this subject finds there isn't a direct link between terrorism and poverty.

After all, some of the most infamous terrorists were also the most wealthy. Osama Bin Laden was the son of a billionaire construction magnate. (Video via ABC)

The so-called underwear bomber came from one of the wealthiest families in Nigeria.

But what about the everyday terrorist? What's his profile?

He, too, is often better educated and better off financially than the rest of the population. (Video via Hamas)

At least according to this 2007 study from the RAND Corporation, which looked at various Palestinian militant groups, including Hamas.

Middle- to upper-class educated individuals are better recruits because they can more easily blend into foreign environments.

It's why we don't hear more about Haitian suicide bombers and hijackers from Mozambique — or so the argument goes. Then again, most of this research was done prior to the rise of ISIS, and there is anecdotal evidence suggesting the Al-Qaeda offshoot is attracting lots of poor recruits.

Syria Deeply spoke to a Syrian father of three who didn't agree with ISIS' ideology but joined up anyway to make a living. He explained he'd rather die fighting for ISIS than let his family starve to death.

Working for ISIS apparently pays well. According to intelligence groups, the average ISIS fighter makes $400 a month — double what the Iraqi army pays.