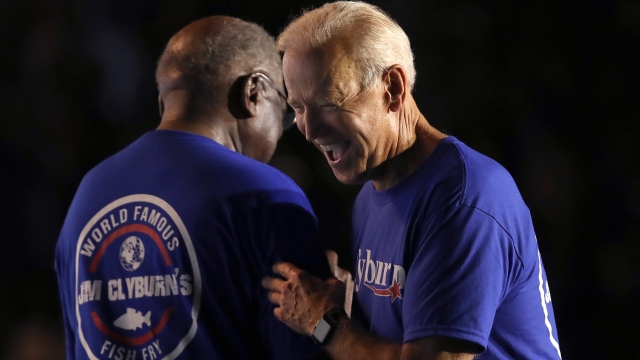 Rep. Clyburn has been representing South Carolina's 6th District since 1993, and his opinion is highly regarded in the state.

Just days before the South Carolina primary, one of the state's most influential lawmakers says he's voting for Joe Biden.

“I know Joe Biden. I know his character, his heart, and his record. Joe Biden has stood for the hard-working people of South Carolina. We know Joe. But more importantly, he knows us," Clyburn said in endorsement video.

Clyburn's opinion is revered in South Carolina. He's the man behind the state's annual fish fry that draws thousands of people and is a must-stop event for presidential candidates. He's been representing South Carolina's 6th District since 1993. As majority whip, he's the third-highest-ranking Democrat in the House, and he's the highest-ranking African American in all of Congress.

The endorsement is expected to give Biden's campaign a boost heading into Saturday's primary. Biden is popular among black voters, who make up a majority of the state's Democrats, but his lead in polls here has been dwindling for months.

And after disappointing finishes in Iowa and New Hampshire, a win in South Carolina would put Biden in a much better position going into Super Tuesday.