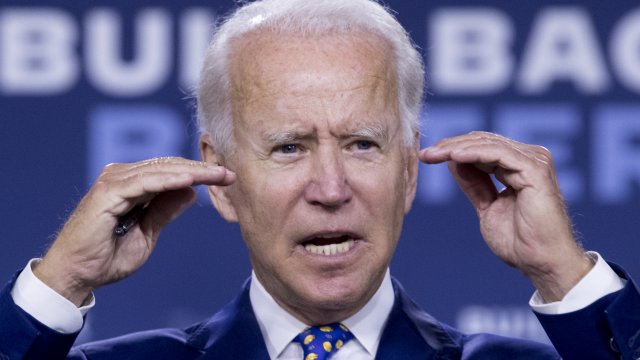 Citing coronavirus concerns, the former vice president will make his acceptance speech from his home in Delaware.

The Democratic National Convention Committee confirmed the decision in a press release Wednesday.

Instead, the former vice president will accept the nomination and address the nation virtually from his home state of Delaware.

Other speakers scheduled to attend the Democratic National Convention have also canceled their travel plans.

DNC chair Tom Perez referenced the virus in making the announcement, saying, "We followed the science, listened to doctors and public health experts, and we continued making adjustments to our plans in order to protect lives."