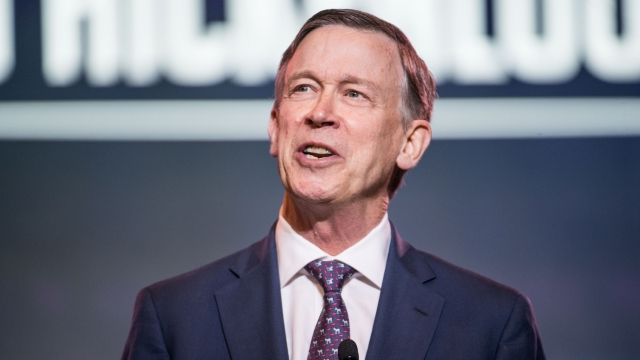 ​The two-term governor said he was bowing out of the presidential race to instead enter the race for Colorado’s Republican-held Senate seat.

Former Colorado Gov. John Hickenlooper has ended his bid to be the next president of the United States.

Hickenlooper ultimately couldn't gain much traction in the crowded Democratic presidential field since announcing his candidacy back in March. And despite having qualified for the first two Democratic primary debates, it seemed unlikely that he would be able to qualify for the third and fourth debates in the fall.

The two-term governor is still considering entering the race for Colorado’s Republican-held Senate seat. Senate minority leader Chuck Schumer reportedly spent months trying to convince Hickenlooper to enter the senatorial race, as Colorado could play a major role in the Democrats' efforts to retake the Senate in 2020. According to a recent poll published by The Denver Post, Hickenlooper would have a massive lead over other Democratic hopefuls if he were to run in his state's Senate race.