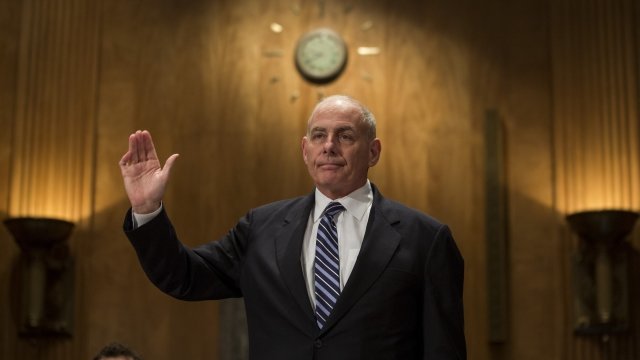 Multiple U.S. government officials told Politico they don't know exactly when the suspected breach occurred, but it possibly happened as far back as last December.

Kelly, a retired U.S. Marine Corps general, became White House chief of staff back in July. Prior to that, he served as the Trump administration's secretary of homeland security.

Politico reports Kelly turned his phone over for IT help this summer after complaining it was acting up. That's when White House tech support decided the phone had been breached.

Trump Reportedly Asked World Leaders To Call Him On His Cellphone

President Donald Trump has reportedly been encouraging other world leaders to call him on his cellphone instead of on a more secure line.

A White House spokesman said that since joining the administration, Kelly didn't use his personal phone much and that he's used a government-issued phone for official communications and any call made from inside the White House.

Officials don't know what data, if any, may have been accessed from Kelly's personal phone. But, he's no longer using it.