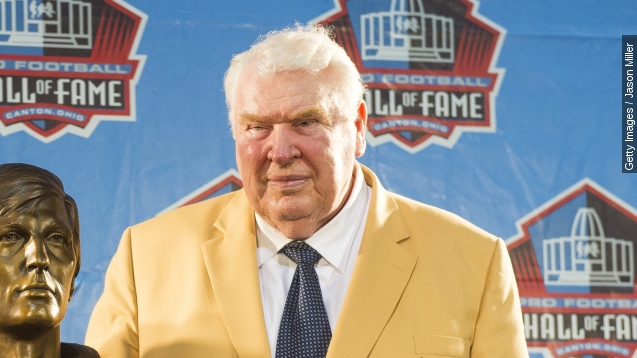 The Hall of Fame NFL coach is OK after undergoing open-heart surgery to repair blockages, the NFL said.

The NFL announced in a statement the surgery was a success and Madden was in good spirits. NFL commissioner Roger Goodell said in that statement, "He sounds great, but is frustrated about being on injured reserve for the time being. He is anxious to return to action soon doing the important work he does for our game."

Madden retired from coaching in the NFL in 1978 and went to straight up to the CBS broadcasting booth. He worked as a broadcaster for more than 30 years before retiring in 2009.

The 79-year-old has since been working as the co-chair of the NFL Player Safety Advisory Panel and as the chair of the Coaches Subcommittee to the Competition Committee.