The Gaming Legacy Of John Madden 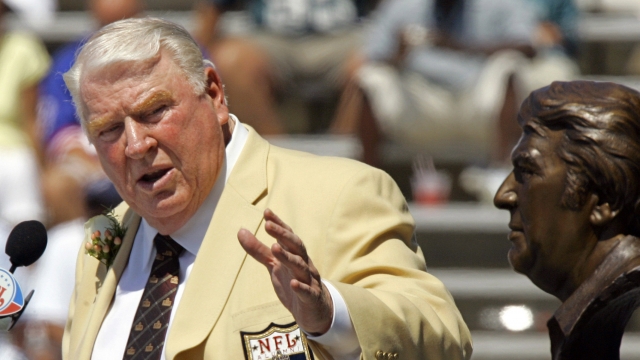 The hall of famer coach put his name behind the video game series played millions worldwide for decades.

John Madden's football legacy expands far beyond the real-life gridiron, as the hall of famer coach put his name behind the video game series played millions worldwide for decades.

In 1986, Electronic Arts, or EA, an American video game company, approached Madden about the idea of making a football game, but he initially turned down the offer because EA did not have the technological capabilities to re-create a standard football game.

Madden did end up working with EA to create a video game that could simulate an authentic NFL experience, like adding playbooks so players could run real-life plays within the game. Since the first Madden game was released in 1988, the series has sold more than 250 million copies.

Some Madden fans, like Drini Gjoka, have made a living off of the game. He was the first Madden e-sports player to win over $300,000 in career earnings, and has made nearly $400,000 in total from playing the game.

"When I graduated high school, I told my parents, because, you know — obviously your parents are in no way going to be fans of taking time off to school and try and do games because that's like unorthodox. Not many people do. It is not common. So they're like, 'What are you talking about?' So I said, 'give me a year to show what I can do.' And honestly, I got pretty lucky."

Gjoka told Newsy that he never thought he'd be making money off of playing Madden. In fact, he sees the game as being central to meeting many of his closest friends.

"With Madden, I met so many people and I can call people my best friends that I've met through playing Madden and talking about Madden […] There's like 20 to 30 people that  I can count on if I need something I could talk to for whatever. So it's [brought] out a lot of connections for me that need it, and I really wouldn't know where I'd be right now if Madden like the game, didn't exist. it's pretty crazy to think about. It got to be a totally different person talking to totally different people if it wasn't just for the game."

And the Madden franchise continues to stay popular. According to NPD group, as of November, the latest installment of the Madden series was the fifth-highest selling game of 2021.