John McAfee - Yep, That McAfee - Might Run For President 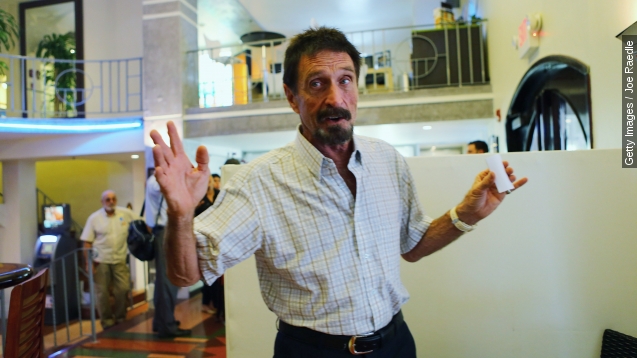 John McAfee, who founded McAfee anti-virus and has had some surreal adventures, is thinking about running for president.

Guess who else might be running for president. The self-described “eccentric millionaire,” John McAfee. (Video via InfoWars)

He believes the government is broken because the current leadership doesn't understand tech. (Video via BBC)

With McAfee as president, we might see fewer government hacks and more wins for tech firms.

He's even spoken out against mass surveilance. (Video via Fox Business)

So, he does know about technology. But he doesn't know much about being a public servant or how to stand his ground. (Video via Fox Business, ABC)