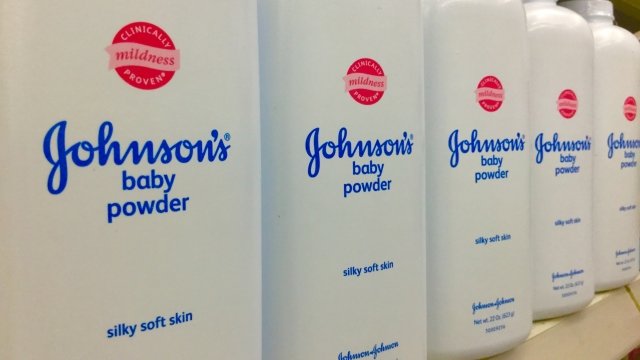 Johnson & Johnson will pay $417 million in yet another lawsuit related to the talc found in its trademark baby powder.

Johnson & Johnson has lost yet another lawsuit related to the talc found in its trademark baby powder.

On Monday, a Los Angeles jury ordered the company to pay a whopping $417 million to a woman who developed ovarian cancer after using the powder every day for decades.

The woman claimed Johnson & Johnson knew about the potential risks of using its talcum-based products but didn't warn the public.

Thousands of other women across the country have filed similar lawsuits against the company after getting a cancer diagnosis.

Only a handful of those cases have gone to trial so far, but most of the verdicts have gone against Johnson & Johnson. And the company was forced to fork over millions of dollars as a result.

Where You Live Could Affect Your Cancer Risk

Researchers from the University of Illinois at Chicago found that as environmental quality decreases, the chance of getting cancer increases.

Johnson & Johnson has continued to stand behind its talcum powder products because it says science has determined they're safe to use.

Talc is a mineral made up of magnesium, silicon and oxygen. In powder form, talc absorbs moisture and helps reduce friction, which is why many people use it to keep their skin dry and prevent rashes.

But research on consumer products containing talc has had mixed results.

The American Cancer Society notes several studies have suggested "a very slight increase" in risk of ovarian cancer for women who use talc-based powders for personal hygiene.

Still, scientists have yet to find a definitive link between talcum powder and ovarian cancer, and they say it could be difficult to do that.