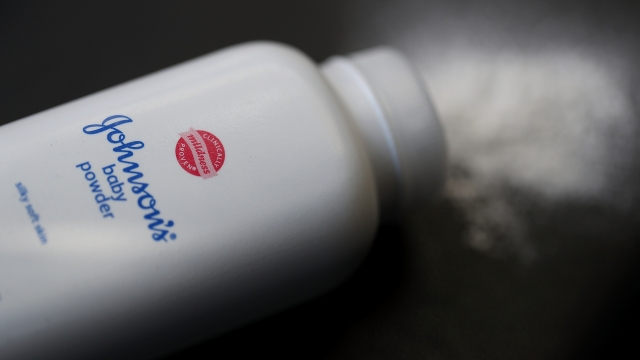 The company said it's voluntarily recalling one lot of its baby powder after the FDA found trace amounts of asbestos in a bottle purchased online.

Johnson & Johnson is recalling around 33,000 bottles of baby powder in the U.S. after asbestos was discovered in a bottle.

This is the first time the company has recalled its baby powder over possible asbestos contamination. It announced the voluntary recall Friday after it received a report from the FDA saying it had found trace amounts of asbestos in a single bottle of Johnson's Baby Powder purchased from an online retailer.

The recall is limited to one lot. The bottles in question were shipped and produced last year.

Asbestos is a carcinogen that can cause mesothelioma. The company is facing thousands of lawsuits from people who allege its talc products gave them cancer. On Friday, Johnson & Johnson repeated previous statements that its talc products are safe and don't contain asbestos.

However, investigations from Reuters and The New York Times last year found that the company knew about asbestos in its baby powder for decades, but didn't tell regulators or the public.

The company says it's working with the FDA to "determine the integrity of the tested sample and the validity of the test results." Meanwhile, Johnson & Johnson is advising people to stop using baby powder marked Lot #22318RB. That information can be found on the back of the bottle.