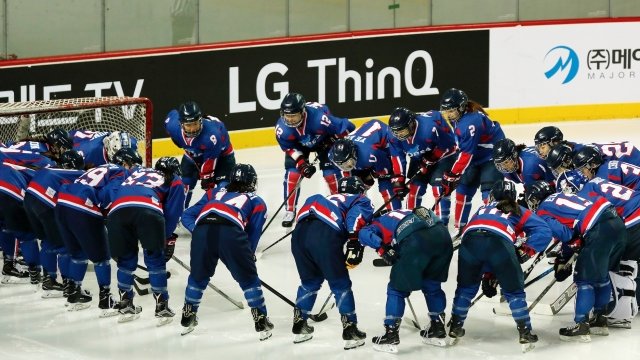 The Koreans played against Switzerland in their opening match.

North Korea and South Korea marked a historically significant moment when their joint women's ice hockey team took to the ice in the 2018 Winter Olympics. But the actual game didn't go so well.

The team, made up of 23 South Koreans and 12 North Koreans, lost to Switzerland 8-0.

The game itself seemed secondary, though. The crowd cheered the team despite the loss. Political leaders from both the North and South were also in the crowd, including North Korean leader Kim Jong-un's sister Kim Yo-jong and South Korean President Moon Jae-in.