Jon Jones Got Pulled From UFC 200, And People Are Livid About It 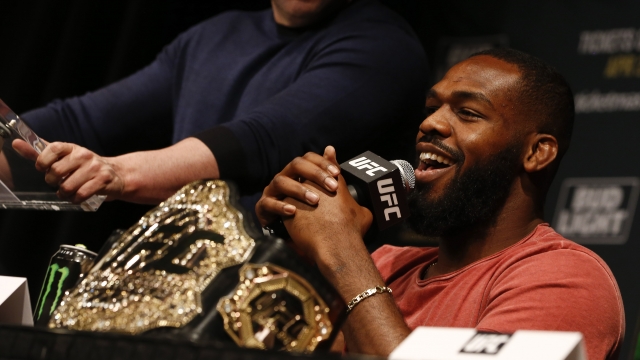 Jones reportedly failed a recent drug test and, as a result, was pulled from the main event at UFC 200.

"Supposedly they found something in one of my samples. I don't know what it is. I don't even know how to pronounce it," Jones said in a press conference on Thursday.

Jon "Bones" Jones is no longer fighting at UFC 200, and people are not happy.

"I was literally like, 'Jesus Christ, I must've jinxed myself,' because I kept going, 'Everything is going so smooth," UFC President Dana White told reporters.

"It's extremely shamefull and direspectfull, to his fans, to the public, to the UFC, and to his opponent who trained hard for months to face him, for Jon Jones to have been caught again!! This man should be banned from the sport, he is a shame to all of us! #ufc200 @dc_mma"

"He's an idiot. He's an addict. He's a druggie. I didn't have to beat the kid," Cormier said as he and Jones trash-talked during an April 2016 press conference.

Jones was supposed to fight Daniel Cormier as part of the main event.

Instead, Brock Lesnar and Mark Hunt will take over.

It's the second time Jones has tested positive for a banned substance. The first time was for cocaine.

It's also the second time UFC 200 has had to change the main event.

It was originally scheduled to be a rematch of Conor McGregor and Nate Diaz.

"I'll slap the head off of him. Business as usual," McGregor told Diaz.

But that didn't happen thanks to a promotions dispute between McGregor and UFC execs.

"I wonder if there's any regret taking him off the card over a press conference now?"

This video includes images from Getty Images and a clip from Game of War: Fire Age.