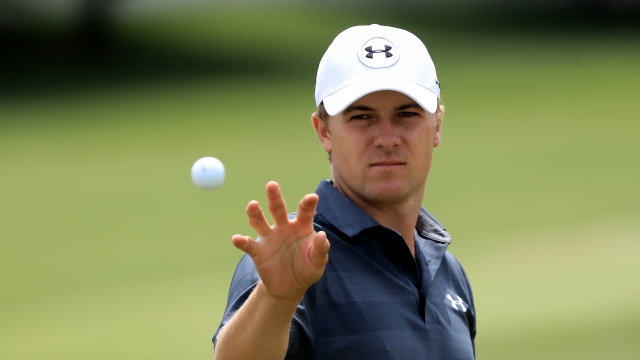 The 2016 Summer Olympics will be without any of the world's four top-ranked golfers after Spieth announced on Monday he'd withdraw his name.

Yet another one of the world's top golfers is pulling out of the Summer Olympics.

On Monday, Jordan Spieth announced he won't be traveling to Rio de Janeiro because of concerns about the Zika virus.

Spieth, ranked No. 3 in the world and No. 2 in the U.S., is one of several top male golfers to withdraw his name from Olympic contention.

Would-be teammate and No. 2 world golfer Dustin Johnson pulled his name from contention over the weekend.

Those athletes join Jason Day and Rory McIlroy in bypassing the games, meaning none of the world's top four golfers will be in attendance.

What makes these announcements sting a bit more is this is the first time golf's been an Olympic sport since 1904. Yeah, it won't be such a glorious return for the age-old game.

Golfers aren't the only ones skipping the Olympics over Zika concerns, but they seem to be the largest group. By some estimates, Spieth joins at least 15 others who are sitting out.

Spieth is having a fairly strong year — finishing first in two tournaments and runner-up in the Masters — and was expected to help the U.S. team big-time if he decided to participate.

Now, the U.S. team is expected to be made up of golfers Bubba Watson, Matt Kuchar, Rickie Fowler and Patrick Reed.