Joseph Kony Said To Be In Talks To Surrender 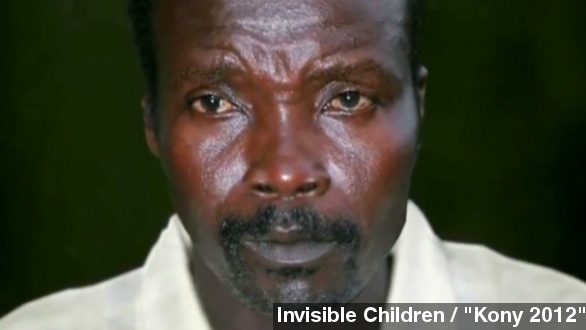 The Central African Republic interim president says he's been in talks with the LRA leader, urging him to surrender. U.S. officials doubt the cla

The Guardian reports this is the first official contact between the Central African Republic and the LRA since 2008. The country's interim President Michel Djotodia told the paper: "Joseph Kony wants to come out of the bush. We are negotiating with him. ... He asked for food supplies and the government took care of that."

Djotodia's government has urged Kony to surrender. The LRA leader is believed to be in a remote part of the country's southeastern region battling dwindling troop numbers and illness. (Via The Washington Post)

For two decades, Kony has led the brutal LRA — a guerrilla group known for abducting children to be sex slaves or child soldiers. U.S. officials have even put out a $5 million bounty for Kony's capture, but they question the validity of this recent news.

One U.S. official told the BBC Kony previously used "any and every pretext to rest, regroup, and rearm, ultimately returning to kidnapping, killing, displacing and otherwise abusing civilian populations," but also noted CAR officials had been in contact with an LRA group that "expressed interest in surrendering." No word on if Kony was a part of that group.

Thousands of African and U.S. troops have been hunting Kony in the jungles between the CAR, the Congo and South Sudan. (Via ABC)

Last year, an organization called Invisible Children created a documentary, "Kony 2012," to bring the LRA's activities to light and the notorious leader to justice.

Kony is wanted by the International Criminal Court for crimes against humanity, including rape, kidnapping children and the murder and mutilation of civilians.