Josh Earnest Calls It Like He Sees It: US Senators Are 'Cowards' 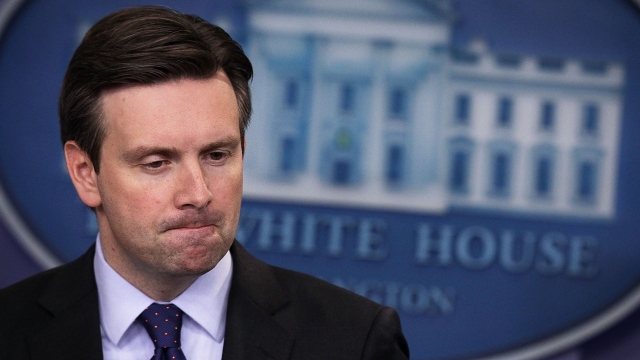 "Cowards are people who talk really tough in the hope that they will not be asked to actually act and do something," he said.

"What we saw last night on the floor of the United States Senate was a shameful display of cowardice," he said.

His words came after proposed amendments to national gun control laws failed to get the 60 votes necessary to pass on Monday.

Of course, it's not exactly surprising that a Democratic president's press secretary would call out Republican legislators for not acting on legislation the White House has advocated for.

"I don't know what else to call it. Cowards are people who talk really tough in the hope that they will not be asked to actually act and do something," Earnest said.

Earnest's critique of the party follows a week that saw 49 killed in a mass shooting in Orlando and a 15-hour filibuster led by Senate Democrats demanding stricter gun control measures.

The proposed amendments included expanded background checks for gun buyers and legislation that would prevent those on terrorism watch lists from legally acquiring guns.

The amendments were just seven votes short of passing — the final tally was 53-47.

Earnest said: "When it actually comes to preventing those extremists from being able to walk into a gun store and buy a gun, they're AWOL. They won't do anything about it because they're scared of the NRA."

An NRA executive called the controversy in the Senate "an embarrassing display" of "political theatre."

In a statement, he wrote: "We all agree that terrorists should not be allowed to purchase or possess firearms. We should all agree that law-abiding Americans who are wrongly put on a secret government list should not be denied their constitutional right to due process. These are not mutually exclusive ideas."

"Our leaders have to get tougher," he said. "This is too tough to do it alone, but I think I'm going to be forced to."

This video includes clips from MSNBC, C-SPAN and CNN and images from Getty Images.