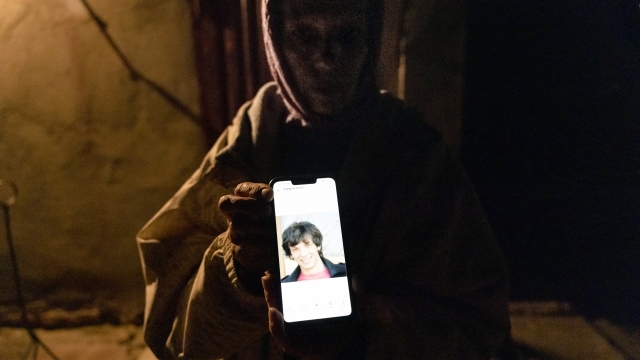 An international group of journalists has tracked down and interviewed families of deceased Wagner operatives.

Starting in 2014, the private military company Wagner Group has been accused of undermining sovereignty and committing rape, torture and summary execution.

Wagner mercenaries have died fighting alongside pro-Russian separatists in eastern Ukraine and in a bloody battle with U.S. forces while boosting the Assad regime in Syria. They are also active in Africa, including Libya, the Central African Republic and Mozambique.

Now an international group of journalists has tracked down and interviewed 11 families of deceased Wagner operatives, bringing a closer look at who comprises this opaque paramilitary and how they recruit.

Investigative journalist Michael Weiss says a four-month investigation began when they got access to a database — about 4,200 names, with photos and addresses — compiled by former generals in Ukraine's security services.

"The very clear picture that we've seen is, again, people who come from impoverished, disenfranchised backgrounds, no social or economic prospects of which to speak, often with a military background or some kind of violent orientation," Weiss said.

The information from the investigation led them to Ukraine and Moldova, and to family members who said they never received death certificates or explanations.

"Some of the families did make it to Russia to visit the gravesites of their relatives," Weiss continued. "But the family members have been told in no uncertain terms, 'If you inquire or you kick up a fuss, or you demand reparations, whatever, you will not be allowed back into Russia to lay flowers at the grave of your son.'"

He says the mother of the youngest dead mercenary listed in the database described her 21-year-old son as "cannon fodder." But Wagner men didn't always know they were being conscripted for foreign wars.

The journalists say they found vaguely written job postings online, with salaries that started around $2,000 a month and sometimes tapered off over time.

Paul Kolbe was a chief of the CIA's Russia operations.

He said, "A group like Wagner lets the Russian government conceal the human cost of Russian lives in foreign military adventures."

Kolbe also says the world may very well start seeing more of the Wagner Group, which is named after Hitler's favorite composer.