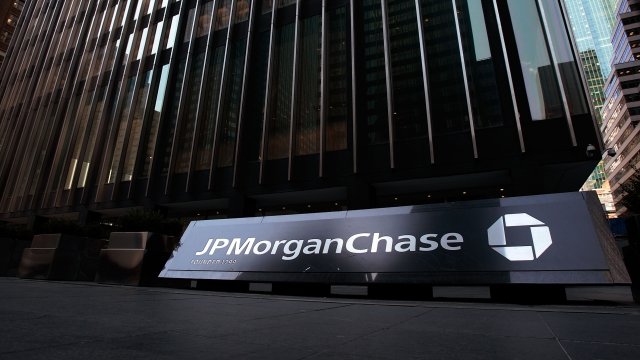 JPMorgan Chase is one of many companies increasing wages or handing out bonuses because of the new tax overhaul that cut the corporate tax rate.

Some JPMorgan Chase employees are going to get a raise.

The company announced Tuesday it plans to increase hourly wages to as much as $18 an hour for 22,000 employees.

By investing $20 billion over five years, it also plans to add 4,000 jobs, increase benefits for employees and open as many as 400 new branches across the U.S.

JPMorgan Chase is one of many companies increasing wages or handing out bonuses because of the new tax overhaul that cut the corporate tax rate.

On the same day as JPMorgan Chase's announcement, The Walt Disney Co. said it was handing out one-time $1,000 bonuses to more than 125,000 employees and starting an education program to help hourly employees pay for school.

And Starbucks just announced it's going to spend $120 million on wage hikes and will also give stock grants to all eligible employees at its U.S. stores, plants and support centers.