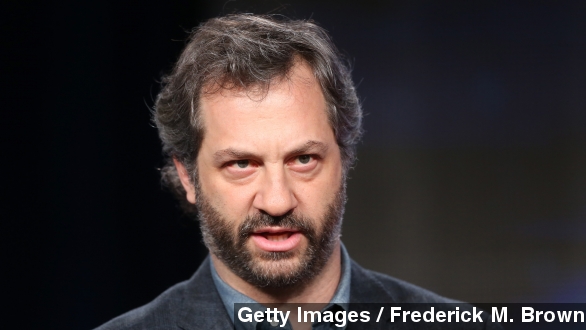 Since allegations Bill Cosby drugged and sexually assaulted multiple women blew up in October, there's been no shortage of celebrity commenters. Now another Hollywood heavyweight is chiming in.

Judd Apatow, director of movies like "The 40-Year-Old Virgin" and "Knocked Up," took his feelings to Twitter over the weekend, taking to task two Ontario venues that were still booking Cosby despite numerous accusations against the comedy legend.

In one tweet, Apatow asked if the venue was really going to let Cosby perform, in another, if "people still find [Cosby] delightful after 30 accusers?"

As tweets often do, Apatow's comments did lead to some backlash — with commenters arguing that Cosby hasn't been convicted of anything.

Apatow responded that if Cosby is innocent, he should speak up, writing, "[Cosby] should speak publicly about how false this all is. 30 alibis."

This all comes amid a new report from the New York Post's Page Six claiming Cosby is hiring a "battalion" of private investigators to dig up dirt on his accusers — reportedly paying as much as six figures.

Though Apatow has been continually posting about the Cosby controversy for weeks. The director makes his opinions known on Twitter — he's also weighed in on the Sony hacking controversy.

At least one of the venues called out by Apatow has commented on the situation before. In November, Centre In The Square, a venue in Kitchener, Ontario, wrote what it called an "honest response to a complicated situation."

It noted calling off the show would be economically unfeasible for the venue, adding: "A cancellation of this rental show ... isn't simply a situation of giving back the rent."