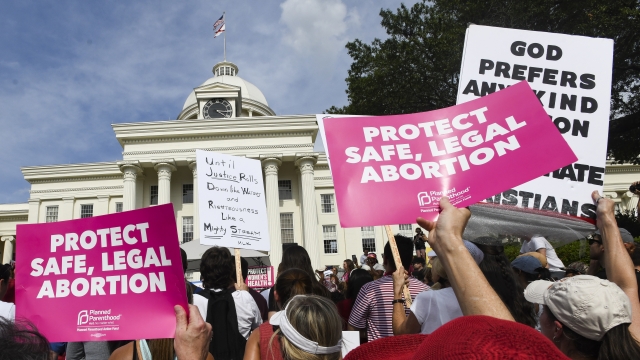 The law would ban nearly all abortions in Alabama, but a judge ruled it cannot take effect until "the court resolves the case in full."

A federal judge has blocked Alabama's controversial abortion ban from going into effect as planned on Nov. 15.

The injunction is a win for the ban's opponents, since it means abortion services will remain available in the state — at least for now.

Alabama Gov. Kay Ivey signed the Human Life Protection Act into law back in May. It would ban essentially all abortion, including in cases of rape or incest, but made exceptions for when there is a serious health risk to the woman.

The law would impose criminal liability on anyone who performs or attempts to perform an abortion, and anyone convicted of violating it could face up to 99 years in prison.

The American Civil Liberties Union of Alabama and Planned Parenthood sued the state, requesting a court order to stop the law from taking effect.

They say the ban "is unconstitutional under the Due Process Clause of the 14th Amendment" because it violates patients' rights to abortion and to privacy.

The preliminary injunction, which was handed down by U.S. District Court Judge Myron Thompson on Tuesday, will remain in effect until the "court resolves the case in full."