Judge Blocks Use Of Pentagon Funds For Border Wall Construction 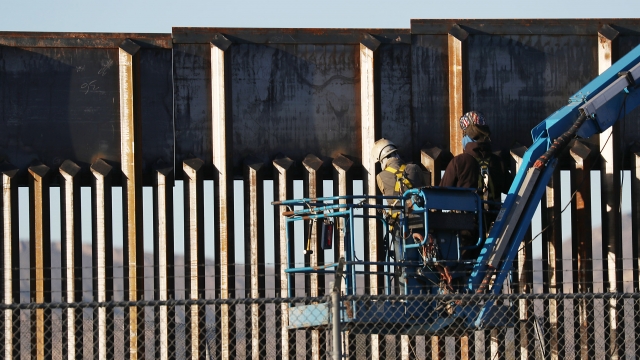 A judge In Texas said the Trump administration cannot use military construction funds to build additional barriers on the southern border.

A federal judge in Texas has blocked the Trump administration from using Pentagon funds for construction of the border wall.

The judge said Tuesday the administration cannot use military construction funds to build additional barriers on the southern border. The same judge ruled back in October that President Donald Trump's national emergency declaration to get billions of dollars in additional funding for the border wall was "unlawful."

The ruling stemmed from a lawsuit brought against the Trump administration by El Paso County and the Border Network for Human Rights. They argued President Trump's declaration doesn't meet the criteria of an "emergency," and that the president overstepped his authority when he declared the emergency to access funds that Congress had already denied.

The judge said the ruling doesn't apply to the use of other funds that have been designated for wall construction.