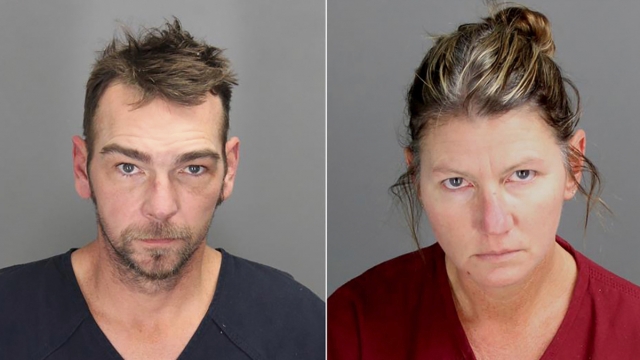 The Crumbleys have been in jail since Dec. 4. They are charged in a shooting that killed four students at Oxford High School on Nov. 30.

A teenager charged with killing four students at their Michigan high school waived a key hearing Friday, moving his case straight to a trial court, while a judge rejected a request by his parents to reduce their $500,000 bail and get them out of jail.

Prosecutors vigorously opposed a lower bond for James and Jennifer Crumbley, who are charged with involuntary manslaughter in the deaths at Oxford High School. They countered with more examples of the parents' alleged failure to get help for their 15-year-old son before the Nov. 30 shooting.

"He was fascinated with firearms. He was violent. He displayed terrifying tendencies and behaviors," assistant prosecutor Marc Keast said. "He literally sketched out what he planned to do in his journal and his drawings."

Earlier in 2021, the teen told his mother in text messages that he thought "there was a demon or a ghost or someone else inside the home," Keast said. "These weren't one-time messages. He would repeatedly text what he was perceiving to his mother, who sometimes would not respond for hours."

The elder Crumbleys are accused of making a gun accessible to their son and refusing to take him home on the day of the shooting when school counselors confronted them with distressing drawings of violence.

Judge Julie Nicholson declined to reduce the parents' bond to $100,000, noting they didn't turn themselves in after charges against them were announced on Dec. 3.

Separately, the couple's son is charged as an adult with murder and other crimes. Earlier Friday, he waived a key evidentiary hearing and agreed to send his case directly to a trial court in Oakland County.

After the brief hearing, defense attorney Paulette Loftin told WWJ-AM that a plea deal down the road was a "definite possibility," though "it's too early to jump to that phase."

Lawyers for the parents said they weren't trying to flee in early December, though they had $6,000 in cash and multiple phones and credit cards when they were arrested in a Detroit art studio.

"The last thing they expected was that a school shooting would take place, or that their son would be responsible," defense attorneys Shannon Smith and Mariell Lehman said in a court filing.

Oxford High students are expected to return to school next week for the first time since the shooting but at a different building. The high school, roughly 30 miles north of Detroit, could reopen during the week of Jan. 23.

They were arrested a month ago following accusations of buying a handgun for their son and then failing to intervene before a school shooting.

The charges were announced a few hours after investigators reported that a fourth student had died.