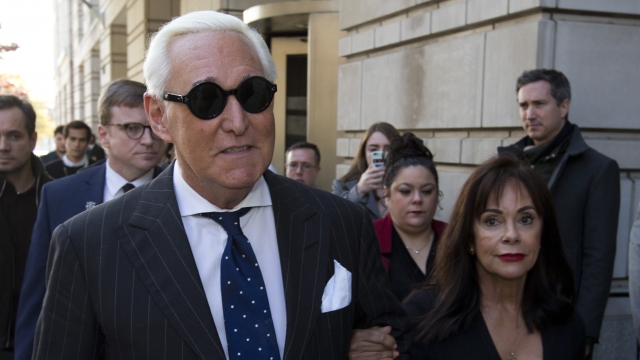 A federal judge decided Roger Stone doesn't merit a retrial after he claimed jury misconduct led to his conviction.

US District Court Judge Amy Berman Jackson ruled against Stone's claim on Thursday, calling his arguments "a tower of indignation." She rejected claims that the jury forewoman was biased against him.

Stone's legal team pointed to Facebook posts by the forewoman that called supporters of President Trump racist. However, Jackson said in her 81-page opinion that the juror didn't lie to the court about her beliefs. She faulted Stone's team for failing to research her during jury selection.

The judge wrote: "The defense merely posits that if you do not like Donald Trump, you must not like Roger Stone, or if you are concerned about racism on the part of some of the President's supporters, then you must be applying that label to Roger Stone because he was a supporter, too. While the social media communications may suggest that the juror has strong opinions about certain people or issues, they do not reveal that she had an opinion about Roger Stone, which is the opinion that matters."

Stone's attorney said he was "disappointed" with the ruling. President Trump weighed in on Twitter as well, calling it a "disgraceful situation."

Stone was convicted of seven counts of obstruction, lying to Congress and witness intimidation. Jackson sentenced him to 40 months in prison. Stone may appeal her decision in the next two weeks.