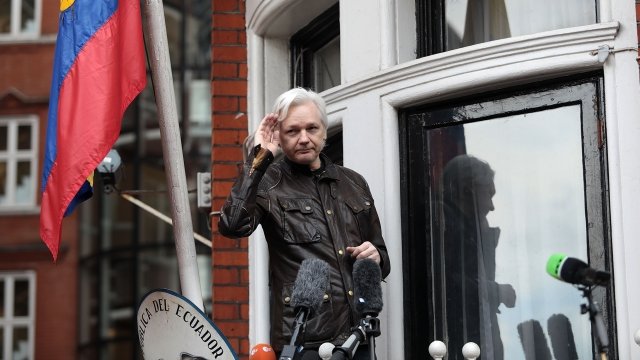 He's wanted in the U.K. for skipping bail. In a separate case, he entered the Ecuador Embassy in London years ago to avoid extradition to Sweden over accusations of sexual misconduct and rape. Swedish authorities dropped the charges, assuming they couldn't get Assange to the country for questioning, but the U.K. still has a warrant.

Assange has avoided arrest by seeking asylum at the embassy for the past five and a half years.

Last month, the WikiLeaks founder and his lawyers asked British authorities to drop the warrant because the threat of extradition was over.

If Assange leaves the embassy, he could be arrested, but what would happen after that is unclear.