Judge Rules Harvard Did Not Discriminate Against Asian Americans 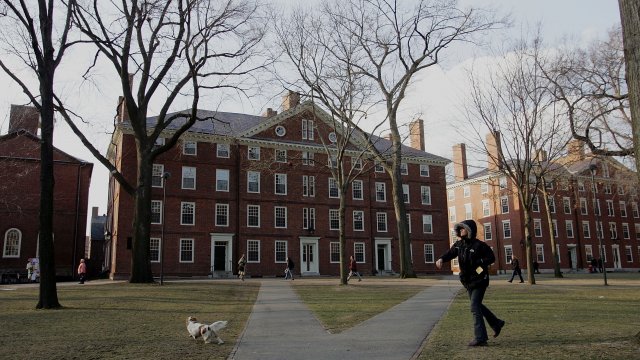 On Tuesday, a federal judge ruled Harvard University's admissions did not discriminate against Asian American applicants.

In 2014, Students for Fair Admissions, a nonprofit representing several Asian American students who were rejected by Harvard, filed an affirmative action suit alleging the school intentionally discriminated against Asian American applicants. The suit argued Asian Americans were held to a higher standard than other applicants even when they had better grades and test scores.

Judge Allison Burroughs said that simply isn't the case. In her 130-page opinion, Burroughs said, "although race may act as a tip or plus factor when making admissions decisions, it is only ever one factor among many used to evaluate an applicant."

Edward Blum, who leads Students for Fair Admissions, said the group will appeal the decision and that all of the evidence it presented at trial "compellingly revealed Harvard's systematic discrimination against Asian American applicants."