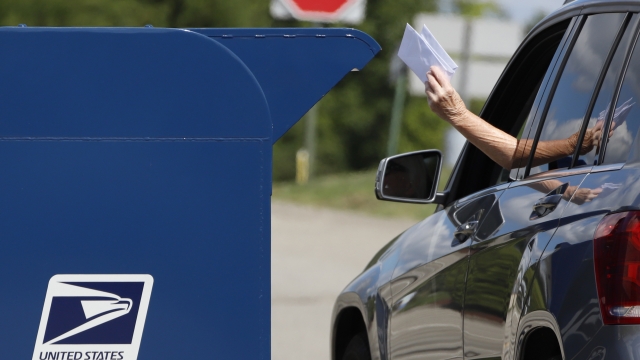 Michigan and Wisconsin postal officials must check in with federal judge daily to ensure all ballots are delivered.

As Election Day quickly approaches, a federal judge has ordered the U.S. Postal Service to take "extraordinary measures" to deliver ballots on time.

Chief U.S. District Judge Stanley Bastian from Washington state issued the order Friday after data showed on-time delivery of mail-in ballots was too slow in Michigan and Wisconsin. Both are battleground states.

Bastian said that starting Sunday and continuing through Nov. 10, the postal service must report its daily "all clear" status to him for each facility and processing center in the Detroit area and a district covering most of Wisconsin.

He also ordered the postal officials to "make every effort" to ensure ballots are delivered by 8 p.m. on Election Day. That includes using Priority Mail Express, collecting mail on Sunday and any other extraordinary measure.

On-time delivery for first-class mail has declined in recent weeks and an inspector general report says that there are widespread pileups of mail at processing facilities.Democrats accuse Postmaster General Louis DeJoy of trying to sabotage the election, a charge he strongly rejects.

According to the USPS, more than 122 million ballots have been processed and delivered. That number includes blank ballots delivered to voters and completed ballots received by voters.