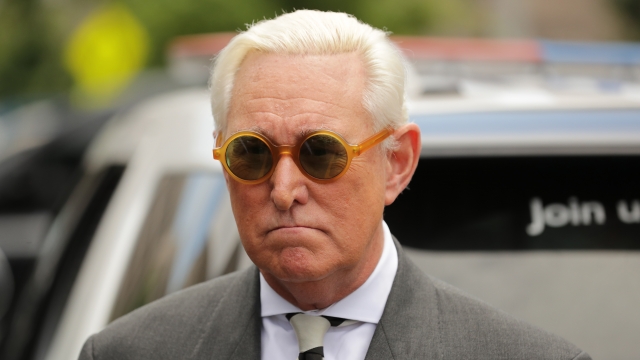 ​In a court filing unsealed on Wednesday, Stone argues he needs a retrial "because the Court denied his request to strike" a juror.

A federal judge has denied Roger Stone's request for a new trial.

In a court filing unsealed on Wednesday, Stone argues he should have a retrial "because the Court denied his request to strike" a juror. He contends one of the jurors in his trial was inherently biased because they are an IRS employee and because they admitted to having read the news of Stone's arrest and case.

But U.S. District Court Judge Amy Berman Jackson said Stone's defense team never asked to strike that juror during court proceedings. She also said a juror doesn't have to "be totally ignorant of the facts and issues involved" if they can base their decision solely on the evidence they see in court.

On Tuesday, all four federal prosecutors in Stone's case withdrew from the proceeding after the Justice Department took issue with their sentencing recommendation. The DOJ argued in a new filing the initial recommendation of seven to nine years in prison "could be considered excessive and unwarranted under the circumstances." It said that while it believes Stone should receive "far less" prison time than prosecutors recommended, it will leave that decision up to the court.