California's PG&E Is In More Legal Trouble Over Fires 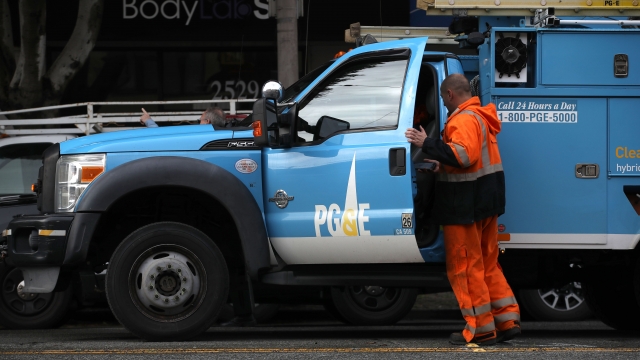 A federal judge ruled that Pacific Gas & Electric Co. violated its probation by failing to properly report its involvement in a 2017 wildfire.

A U.S. district judge has decided that California's Pacific Gas & Electric Co. violated its probation when it didn't properly report its involvement in a 2017 wildfire.

That probation stems from the 2010 San Bruno pipeline explosion, which destroyed 35 homes and caused eight deaths.

The utility company has a history of legal woes. On Wednesday, federal judge William Alsup accused PG&E of prioritizing shareholders over safety.

When Alsup said he may require PG&E to trim more branches to prevent wildfires, the company told him there aren't enough tree trimmers, saying "the people don't exist."  Alsup replied, "I don't believe you've exhausted the supply of people who know what they're doing."

The judge warned that while he's not ordering any dramatic changes yet, he's not ruling them out. Before he takes action, he expects PG&E to present its own solutions for reducing fire risks.

The company faces possible liabilities for a number of major wildfires, including last year's Camp Fire.

Fire officials also determined that PG&E's power lines sparked more than a dozen wildfires in October 2017. Analysts previously estimated the utility company could face tens of billions of dollars in damages for its role in the fires.

PG&E filed for bankruptcy last week but said it's committed to providing service to its 16 million customers.