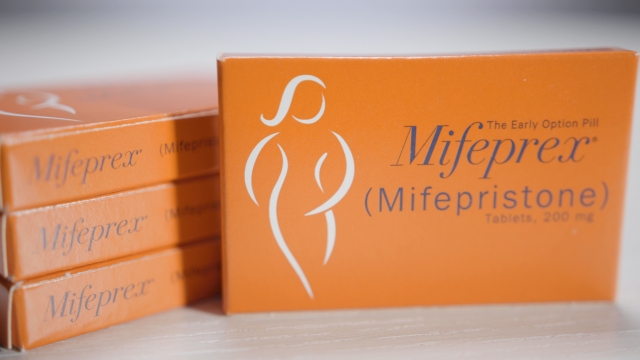 A federal judge in Maryland has ruled health care providers can temporarily mail mifepristone — the so-called abortion pill — to patients during the coronavirus pandemic.

The decision challenges longstanding FDA restrictions on the abortion pill that require patients to pick up the drug in person from a health care provider.

"This is a very important step in making health care accessible during the pandemic," said Skye Perryman, chief legal officer at the American College of Obstetricians and Gynecologists.

In his decision, Judge Theodore Chuang wrote that requiring patients to visit a health care facility during the pandemic imposes a “substantial obstacle in the path of women seeking an abortion.”

The decision comes in response to a lawsuit filed in May by the American Civil Liberties Union on behalf of The American College of Obstetricians and Gynecologists and other groups.

"Together, the nation's health care providers were asking this court for relief from this completely unjustified and dangerous restriction during the pandemic," said Julia Kaye, staff attorney with the ACLU Reproductive Freedom Project.

Mifepristone, which goes by the brand name Mifeprex, is taken to induce a medication abortion within the first 10 weeks of pregnancy as an alternative to a surgical abortion.

And for nearly 20 years, the Food and Drug Administration has made Mifeprex one of the most restricted drugs in the U.S., preventing it from being available at a pharmacy with a prescription — making access for some extremely difficult.

"For the predominantly low-income patients who utilize abortion care, it means buses or subways," said Kaye. "It means a ride-share. It means maybe borrowing a car or asking a neighbor for a ride, all of which poses exposure risks during this pandemic."

The FDA has always justified the restrictions with concerns about the safety of the pill. But a Newsy investigation found the FDA’s own data shows the pill to be safer than penicillin and that complications from medication abortions are rare.

This week's ruling only applies to patients who have already received medical evaluations and have been prescribed the abortion pill.

"There are some states that go above and beyond what the FDA required and still impose various kinds of in-person requirements for medication, abortion care," said Kaye. "Those state laws will still remain in effect."

According to the Guttmacher Institute, 18 states have laws requiring physicians to be in the same room as the patient to administer the abortion pill. That includes Missouri.

"So Missouri has a law that bans telemedicine used for abortion. It has a law that requires us to be in person for the consenting process," said Dr. Colleen McNicholas, chief medical officer for Planned Parenthood of the St. Louis Region in Missouri. "It requires us to be in person to deliver that medication. Although it is a win for some folks and for some states, there are certainly states in areas where the needle hasn't moved at all as a result of this decision."

Newsy reached out to the FDA for its response to the ruling. The agency did not respond in time for this report.

"A judge without scientific or medical training should not be making decisions and tossing out the FDA's considered judgment about the dangerousness of Mifeprex abortions," said Dr. Donna Harrison, executive director of the American Association of Pro-life Obstetricians and Gynecologists. "There have to be some restrictions on how the drug is used."

The preliminary injunction will remain in effect until the lawsuit is closed or until the Trump administration removes the national emergency declaration.

A Newsy investigation has found that the FDA's restrictions on the abortion pill are not supported by the agency's own data.