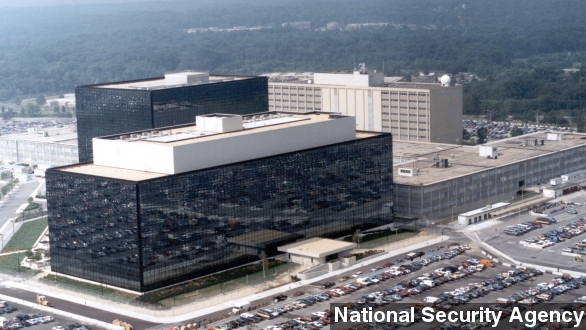 The National Security Agency suffered its biggest legal blow in years Monday after a federal judge ruled at least one of the agency's controversial surveillance programs is likely unconstitutional.

The case stems from one of the earliest intelligence leaks by former NSA contractor Edward Snowden, alleging the agency indiscriminately harvested metadata from Verizon customers. The plaintiffs suing the government claimed this program is unconstitutional. (Via The Guardian)

And U.S. District Judge Richard Leon ruled in their favor, saying in his opinon the NSA's program violates the Fourth Amendment protection from unlawful search and seizure. He blasted the NSA's practice of collecting phone metadata en masse as "near-Orwellian. ... I have little doubt that the author of our constitution, James Madison ... would be aghast."

Leon ordered the government to stop collecting metadata of the plaintiffs, but suspended his own sentence pending an appeal. CNN notes although Leon's decision doesn't stop the NSA's surveillance programs, it does put the agency on notice.

"Your program could be unconstitutional, and you ought to start taking steps now just in case my ruling gets upheld by a higher court."

Politico notes the judge also discarded one of the government's key legal defenses of the programs, a 1979 case that ruled data sent to a third-party phone provider has no reasonable expectation of privacy. Judge Leon said "The three-decade-old precedent was not applicable to a program like the NSA's because of its sophistication and because telephone use has become far more intense in recent years."

On MSNBC Monday, Glenn Greenwald, the journalist responsible for publishing many of Snowden's leaks in The Guardian, called Leon's ruling a vindication of both his reporting and Snowden's decision to leak information.

"The only reason we're having these debates, the only reason the court was able to rule on this — and the court itself said this — was because of the reporting we were able to do thanks to Mr. Snowden's coming forward and blowing the whistle on them."

A spokesperson for the U.S. Department of Justice said the decision is currently being reviewed. At least three similar lawsuits are pending in other federal courts across the country.