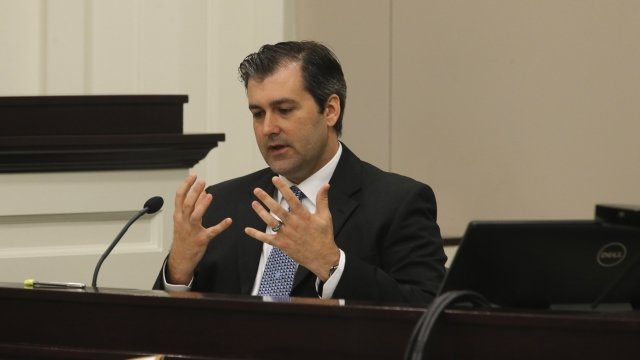 Slager pleaded guilty to a federal civil rights offense, putting his fate in the hands of the judge.

In April 2015, Slager pulled over Walter Scott for a broken taillight. Dashcam video shows that after a short conversation, Scott ran away from the car and that after a foot chase, Slager fired eight shots, killing Scott.

This federal case is separate from his charges in South Carolina state court. In his state trial, the jury couldn't come to a unanimous decision, and the case ended in a mistrial. As part of Slager's federal plea deal, the state of South Carolina dropped its pending murder charge.