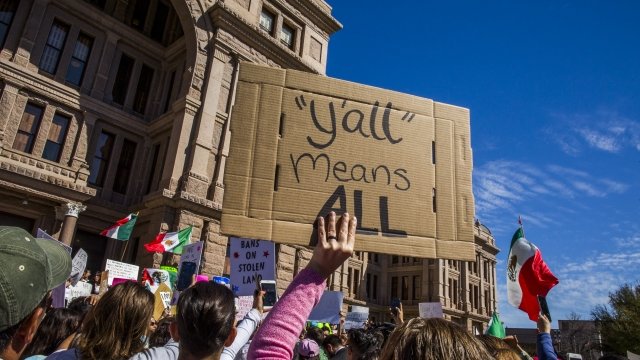 Texas Gov. Greg Abbott signed legislation in May banning sanctuary cities in the state. Under the law, local authorities could face punishments — like jail time or daily fines up to $25,500 — if they don't comply with federal immigration practices.

But a U.S. district judge in San Antonio is questioning if it's constitutional. In his 94-page ruling, the judge wrote measures in the law could lead to discriminatory practices and violate constitutional amendments, among other things.

Part of the legislation the judge took issue with is "detainer requests." Those requests order local officials to detain those suspected of being in the country illegally, even if they haven't been accused of a crime.

The judge ruled those detainer provisions would "inevitably lead to Fourth Amendment violations" against unreasonable search and seizure.

It comes down to how Congress chooses to allocate relief money.

The judge said parts the law violate the free-speech provision in the First Amendment because, he said, it punishes authorities for supporting policies that run counter to the federal immigration agenda.

The ruling also points out the law could erode community trust with law enforcement at the state and local levels. He says evidence suggests implementing a ban could adversely affect the economies of cities, and by extension, Texas as a whole.

The law was supposed to go into effect Friday. Texas officials have said they plan to fight the block.