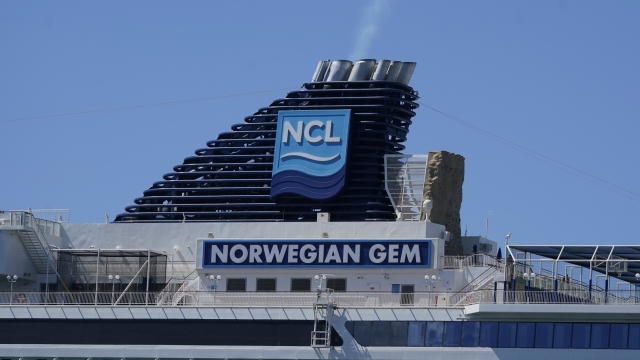 A federal judge has temporarily blocked a Florida law that prevents cruise lines from requiring passengers to prove they’re vaccinated against COVID-19, saying the law appears unconstitutional and won’t likely hold up in court.

The "vaccine passport" ban signed into law in May by Republican Gov. Ron DeSantis fails to protect medical privacy or prevent discrimination against unvaccinated people, but it does appear to violate the First Amendment rights of Norwegian Cruise Lines, the judge wrote.

The spike has come as DeSantis and local officials have fought over how to protect children and staff as the school year begins.

The CDC lost on appeal, but then made its guidelines non-binding, and all cruise lines operating in Florida have agreed to keep following the CDC’s instructions on a voluntary basis, the judge wrote.

The CDC’s current guidelines, in effect until Nov. 1, say cruise lines can sail again with confirmation that at least 95 percent of passengers and crew have been vaccinated, the judge noted.

“A prohibition on vaccine passports does not even implicate, let alone violate, anyone’s speech rights, and it furthers the substantial, local interest of preventing discrimination among customers based on private health information,” the statement said.

Businesses in Galveston, Texas, are eager to bring in more tourists.

The pandemic has cost Norwegian more than $6 billion to date by forcing the company to dock its entire 28-vessel fleet and send nearly 30,000 crew members home. Each canceled seven-day voyage would cost the company another $4 million, the judge noted.

The Norwegian Gem is set to depart from Miami on Sunday — the company’s first voyage from Florida since the pandemic halted its operations. More than 1,200 passengers have already booked tickets, promising to prove they’ve been vaccinated before boarding.