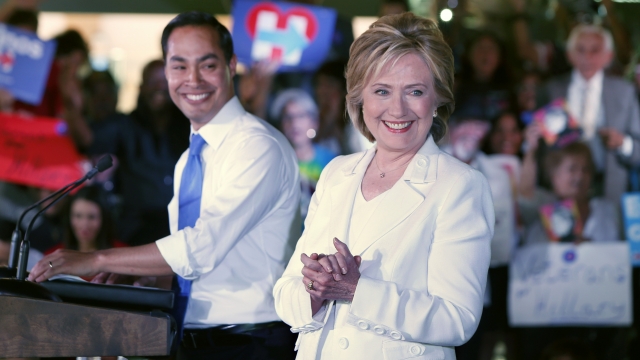 When asked if he would consider a spot on Clinton's presidential ticket, Castro told CNN, "That's not going to happen."

Looks like Secretary of Housing and Urban Development Julian Castro isn't in the running to be Hillary Clinton's running mate after all.

When asked if he would consider a spot on Clinton's presidential ticket, Castro told CNN, "That's not going to happen."

And, despite all the rumors that he's being considered for Clinton's potential VP pick, Castro added he hasn't even been contacted by her campaign about the possibility.

Those rumors got started all the way back in 2012 after the former San Antonio mayor spoke at the Democratic National Convention.

This video includes a clip from Hillary for America and images from Getty Images.