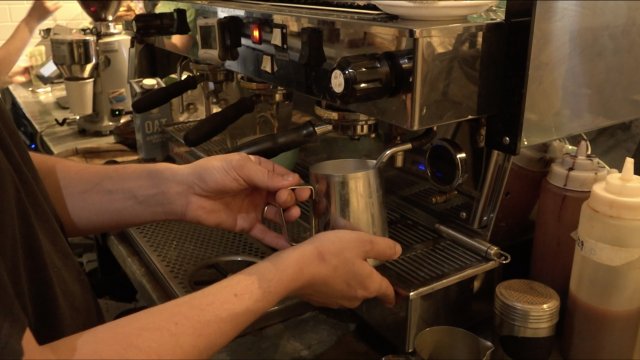 Zach Israel owned three restaurants with his wife at the start of the pandemic. Now, it's down to two. His 75-person staff was cut to eight for most of the last year. Blank Slate Coffee and Kitchen operated as takeout- and delivery-only and turned the restaurant into a grocery store. He's not alone. More than 1,000 restaurants in New York City alone shut their doors forever.

The June jobs report shows this industry is getting back into the swing of things. The economy added 850,000 jobs last month, with nearly 200,000 in restaurants and bars alone. The city, hit with the highest death toll in the pandemic, is also facing painful economic numbers, particularly in the dining industry.

But now, more than half the city's population is vaccinated. Restaurants are open at full capacity. New York City is coming back from COVID, and people like Israel are having to staff up.

The unemployment rate ticked up to 5.9% from 5.8%. Israel says he's getting lots of applications from college students to work as baristas and cashiers, but not as many for the back room kitchen staff. Still, overall, Israel feels positive about what's coming. So do economists -- and the president.