Jupiter Can't Become A Star — And That's A Good Thing 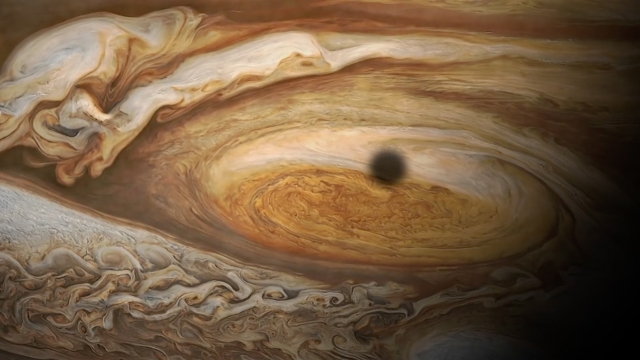 There's a lot we don't know about Jupiter, but we do know it's not about to ignite.

NASA's Juno mission is just two weeks from arriving at Jupiter, where it will take the closest look at our solar system's largest planet since the Galileo mission in the 1990s.

This begs the question: If it's built like a star, and is sometimes called a "failed star" because of its size, and Hollywood literally turned it into a star that one time in "2010" — is there any chance of it actually becoming a star?

Short answer: no. The planet isn't big enough for the temperatures and pressures needed to sustain fusion, a type of reaction that fuels stars.

To become a red dwarf, the smallest conventional star, Jupiter would need about 80 times its current mass. And there's not 79 Jupiters' worth of hydrogen just hanging around the solar system. If there were, we'd probably know about it by now.

The best chance Jupiter had to get any bigger was during the birth of our solar system. But the sun gobbled most of the raw material before the planets even started forming, and then the solar wind blew away much of the rest.

That might be for the best. Back then, Jupiter is thought to have moved closer to the sun and launched a good portion of the asteroid belt all over the inner solar system. It was called the heavy bombardment period, and Earth was pretty inhospitable at the time.

And if Jupiter had the mass of a star, that would mean more gravity, and that would mean even stronger interactions with nearby space rocks. Probably not good for humans.

Besides, Jupiter is perilous enough without actually being a star. When Juno arrives in July, it will be dipping into the fiercest planetary radiation in the solar system. Even with special titanium armor, its instruments are expected to eventually melt down — but at least Juno should get close enough to investigate the planet first.

This video includes clips from NASA and MGM Studios and images from NASA.