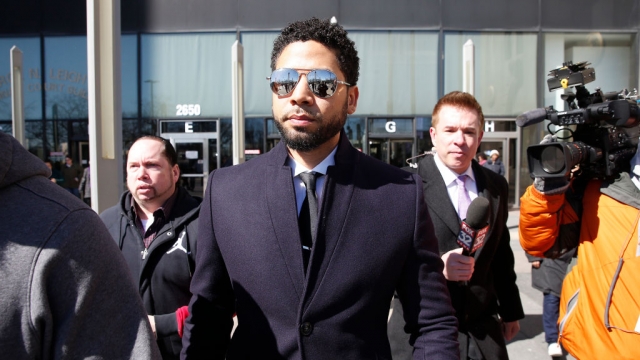 A special prosecutor said the charges are connected to "four separate false reports" that the actor made to the Chicago Police Department.

Actor Jussie Smollett is again facing charges for allegedly falsely reporting that he was the victim of a hate crime in Chicago.

The special prosecutor assigned to the case said Tuesday that Smollett was indicted on six counts for allegedly filing four false reports with the Chicago Police Department.

Smollett was hit with 16 felony counts of disorderly conduct last year. Police accused him of staging a hate crime against himself to boost his career. But the Cook County State's Attorney's Office dropped all of the charges shortly after with little explanation.

In August, a judge appointed special prosecutor Dan Webb to look at the handling of the case. While announcing the new charges, Webb's office said several factors played a role in the latest indictment. Among them: The Cook County State's Attorney's Office did not provide the special prosecutor with documents explaining why the original charges were dropped.

The state's attorney is Kim Foxx. She's up for reelection next month and released a statement, saying, in part, "What’s questionable here is the James Comey-like timing of that charging decision, just 35 days before an election, which can only be interpreted as the further politicization of the justice system."

The city of Chicago also sued Smollett for $130,000 to cover the overtime hours that officers spent investigating the alleged hate crime, and Smollett filed a countersuit. After the indictment was announced, the city told Newsy it still wants Smollett to pay up.

Smollett's arraignment is scheduled for Feb. 24.