Just How Much Can Exercise Help Healthy Aging? 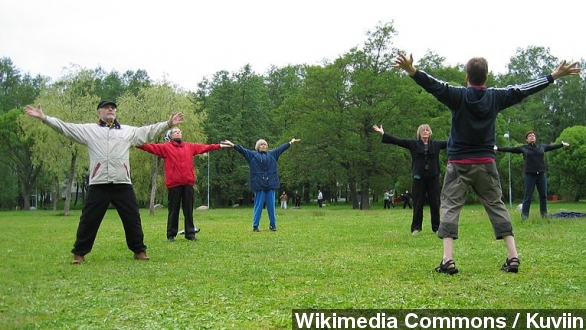 Regular exercise later in life can significantly boost your likelihood of aging healthily.

Regular exercise later in life can significantly boost your likelihood of aging healthily.

That’s according to a study conducted by researchers from University College London. The team followed a group of 3,500 people with an average age of 64 for eight years. (Via Fox News)

Researchers asked how often participants exercised, with those working out at least once a week being categorized as “active.” 70 percent of participants said they were already active, while 10 percent became active during the study. (Via The Telegraph)

At the end of the study, researchers claimed one in five participants had aged healthily and found a direct link to exercise.

Researchers found those who were active throughout the study were SEVEN TIMES more likely to age healthily than those who were persistently inactive. (Via Flickr / Mike Baird))

Even if you’re not active right now, don’t fret, it's not too late — those who started exercising during the study were still three times more likely to be “healthy agers” than the inactive participants.

The study defined “healthy aging” not just as the absence of disease, but also good mental health, the lack of cognitive decline and the ability to maintain healthy social relationships. (Via Everyday Health)

The study was published in the British Journal of Sports Medicine.