Just How White Are #OscarsSoWhite? 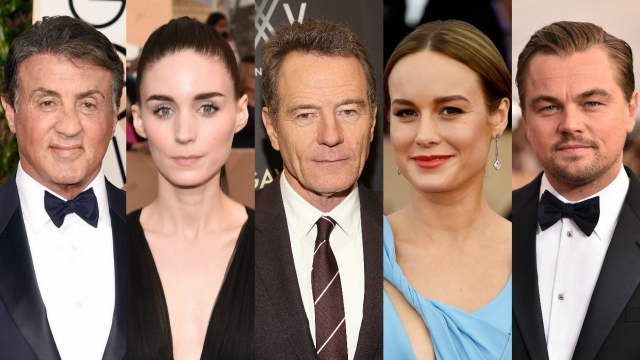 We did the math and found out how whitewashed the 2016 Oscars are compared to previous years.

People are outraged at how white the Oscar nominations are this year. But just how white are they?

Among the top four acting categories and one directing category, only one person of color received a nomination this year — Alejandro Gonzalez Inarritu. We chose these categories because of the media attention they've gotten this year.

Out of 25 nominations across those categories, Inarritu's nod represents 4 percent of the votes. For context, the average minority representation has usually been about 12 percent over the past 30 years.

For the purposes of this story, we consider a person of color to be of African, Latino/Hispanic, Native American, Asian or Pacific Island descent, based on a definition used by NPR.

Eighty-nine of those nominations went to people of color, or about 12 percent.

And the chance of a person of color winning was only a tad better — about 13 percent. People of color have only won 19 awards in those categories since 1986.

These numbers don't mean they're not represented at the awards. Underrepresented? Yes. But there's actually only one year in this time period when zero minorities were nominated in the five categories.

So it's more about how many could've been nominated versus how many actually were. But for that, we have to look to the studios for stronger award season pushes and more racially balanced casting decisions.

Because at the end of the day, a whitewashed Oscar season is the effect of a long chain of causes.