Just In Time For NYE: Drinking Might Boost Immune System 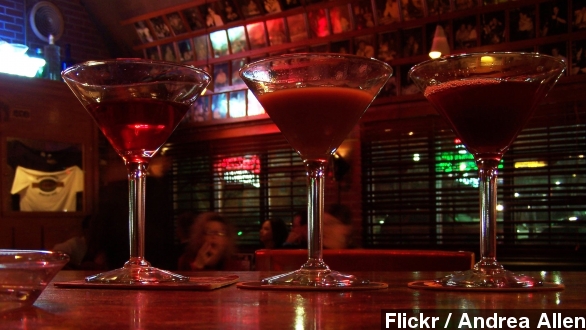 A study suggests moderate drinking might strengthen the immune system.

Brace yourself for the best news you'll hear this New Year's Eve.

"A moderate amount of alcohol helped the body's ability to respond to infections and vaccines, ultimately reducing the risk of death." (Via WUSA)

The study published in the journal Vaccine and conducted by Oregon Health & Science University revealed moderate drinking can strengthen the immune system. (Via WRC-TV)

The study monitored three groups of monkeys over the course of 14 months. In the beginning of the study, all the animals had similar responses to a vaccine for smallpox. (Via WTVT)

Researchers gave all the monkeys food and water. But one group only drank water, while another drank alcohol in moderation and a third group had excess amounts of alcohol. (Via KABC)

The animals were vaccinated again seven months into the study, only to find the moderate-drinking monkeys responded the best to vaccination.

The lead author on the study said in a press release: "If you have a family history of alcohol abuse ... we are not recommending you go out and drink. ... But for the average person who has, say, a glass of wine with dinner, it does seem in general to improve health." (Via Oregon Health & Science University)

As the study points out, alcohol in moderation has been connected to health benefits such as reducing risk of heart disease, heart attack, strokes and diabetes. (Via Mayo Clinic)

But, as expected, the group labeled as heavy drinkers had a weakened immune system because of the alcohol.

According to USA Today, the researchers don't know why the alcohol had a positive effect on the immune system, and answering that question is next on the agenda.

So, as if you needed another reason, have a drink to celebrate the New Year.