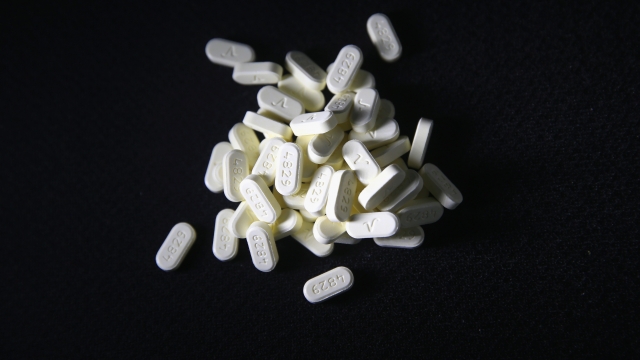 In a new report, the Justice Department says the DEA did not use its available resources to combat the diversion of opioids to unauthorized users.

The Department of Justice says the DEA was slow to respond to the nation’s growing opioid crisis.

A new DOJ report released Monday says opioid overdose deaths in the U.S. grew by 71 percent per year on average from 2013 through 2017. The department says during this time, the DEA did not use its available resources to combat the diversion of opioids to unauthorized users.

The Justice Department's inspector general said in a statement, "Despite growing evidence that opioids were being oversubscribed and misused, DEA increased oxycodone production quotas."

According to the report, oxycodone quotas were raised by 400 percent from 2002 to 2013, and reductions to production quotas did not start taking place until 2017, when the White House declared the opioid epidemic a public health emergency.

In response to the report, the DEA said it's removed approximately 900 drug licenses a year since 2011 and has increased the number of civil lawsuits and criminal prosecutions for misconduct that has fueled the opioid crisis.

According to the Centers for Disease Control and Prevention, an average of 130 Americans die from an opioid overdose every day.