Justice Department Says Obamacare As A Whole Should Be Struck Down 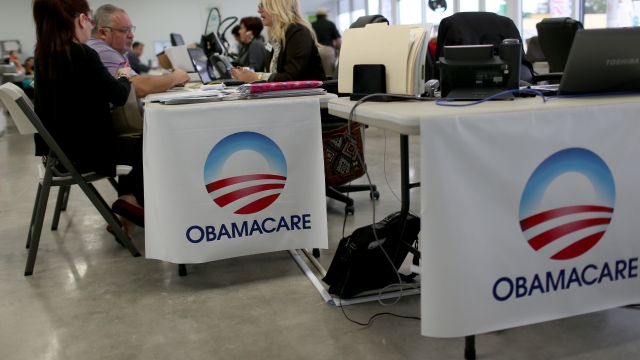 The DOJ sent its letter of support to an appellate court in New Orleans.

The Justice Department agrees with a district court in Texas that the Affordable Care Act is unconstitutional and should be struck down.

On Monday the department sent its letter of support to an appellate court in New Orleans, where a challenge to the district court's decision is playing out.

For some background, in mid-December, a federal judge for the district court ruled that Obamacare was invalid. That's because of the individual mandate to purchase health insurance. Once Congress did away with the penalty for being uninsured, the judge said the law was no longer constitutional. Later that month, he said the law could stay in place for the time being, pending a plan to replace it.

Previously, the Justice Department said it wouldn't defend the constitutionality of the individual mandate in Obamacare, but it argued that some parts of the law should stand.

Now, the department is backtracking from that prior statement.

The House filed an opening brief on Monday as an intervenor in the New Orleans appeal. The legal filing asks the court to uphold the rest of Obamacare if it decides the individual mandate is unconstitutional and should be struck down.