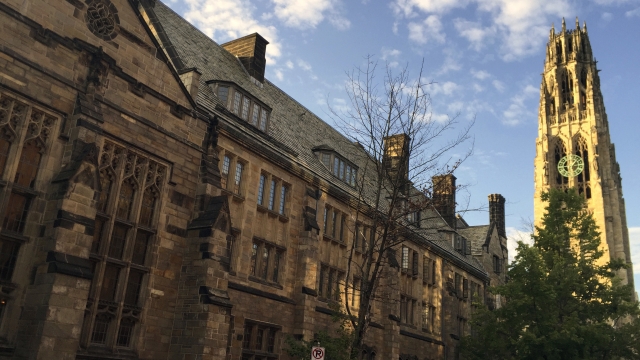 The Justice Department released the findings of a two-year investigation into Yale's undergraduate admissions process.

The DOJ released the findings of a two-year investigation into Yale's undergraduate admissions process Thursday. The department says race is the determining factor in hundreds of admissions, concluding that Yale "rejects scores of Asian American and white applicants each year based on their race, whom it otherwise would admit."

The investigation stems from a 2016 complaint from the Asian American Coalition for Education which accuses Yale, Brown University and Dartmouth College of unfairly denying admission to Asian Americans based on their race.

The DOJ says it wants the school to change its approach for the upcoming undergraduate admissions cycle. But Yale's president says the allegations are "baseless." He says the university will not change its processes and accuses the DOJ of trying to impose a standard that is inconsistent with existing law.