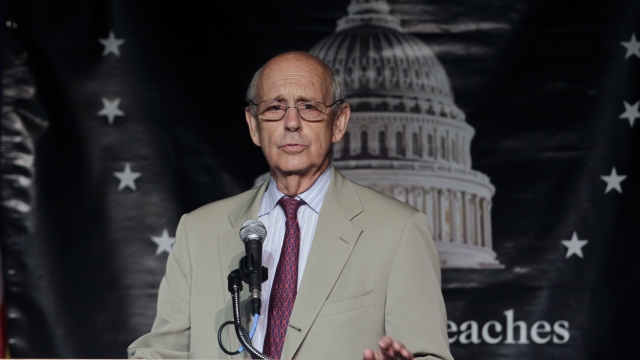 Breyer's retirement sets the stage for Ketanji Brown Jackson to begin her service as the Supreme Court's 116th justice.

Justice Stephen Breyer will officially retire from the Supreme Court Thursday at noon, when the high court's current term is set to end.

Constitution and the Rule of Law," Breyer wrote in a letter to the White House.

Breyer's retirement sets the stage for Ketanji Brown Jackson to begin her service as the Supreme Court's 116th justice. She was confirmed in March and will be sworn in over the summer.

Jackson is expected to join Sonia Sotomayor and Elena Kegan in creating a three-member liberal minority to the court.

Breyer has served on the Supreme Court for 28 years.