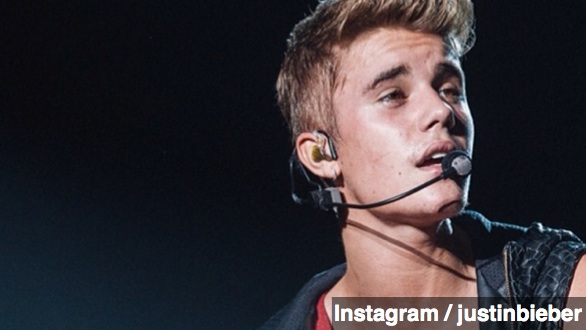 The 19-year-old singer is filmed sleeping by an unnamed woman. This comes on the heels of headlines about his partying and alleged time with strippers.

Justin Bieber’s been having a rough time in Brazil, and now video of him sleeping with ... well, just himself.

Ah, sleeping babes. Biebs. Biebs with babes? The video doesn’t show anything too tawdry, but it comes on the heels of some raunchy reports.

So, connections are being drawn — with many wondering if the woman in this new video is, well, a hooker. (Via Uproxx)

Namely, that Bieber spent time at a brothel while in Brazil. Someone with similar tattoos and shoes as him was photographed leaving one. (Via The New York Post)

But, Bieber was also reported to have been partying with dozens of just regular old girls. (Via The Mirror)

The 19-year-old has also allegedly been hitting up strip clubs lately — according to a stripper named Diamond. (Via Hollywood Life)

And another woman posted this picture, thanking Bieber for the "bills." (Via Twitter)

But strip clubs are not illegal, and actually — prostitution is legal, too, in Brazil, though brothels are not. No official response to all the rumors from Bieber or his camp.

Though he recently Tweeted he always "keeps it interesting." (Via Twitter)

Well, all the "interesting" moments of Brazil are over — that leg of Bieber's "Believe" tour is finished, and he's on to Paraguay next.